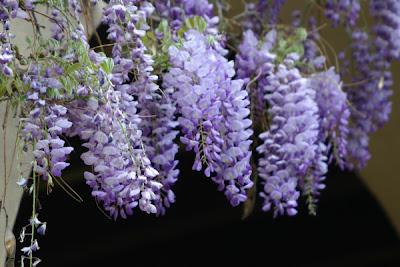 Every year I go bananas over the wisteria that blooms in the spring at Caltech in Pasadena, CA. Caltech is a small college of only a little over 2000 students but it is well-endowed and the campus is beautiful. For years, My husband and I have had tickets to the Coleman Chamber Music series of concerts that are played in Beckman Auditorium on the Caltech campus. We would often get there early in order to walk around the campus and admire the gardens. When I think that the wisteria that graces the walls of several buildings might be in bloom, I bring my camera along to take pictures. Thanks to digital photography, I can take as many pictures as I like, trying to capture the essence of the blooms in their clouds of purple. 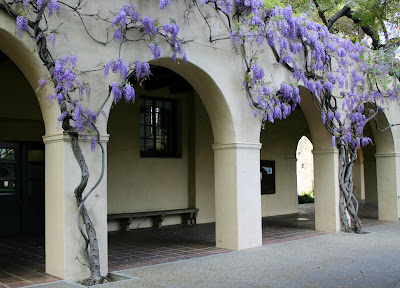 This past Sunday's concert, when these photos were taken, featured the Takacs String Quartet playing three of my all-time favorite quartets—two by Beethoven, the "Harp" and Opus 131, and one by Shostakovich, No. 11. In fact, Opus 131 is my most favorite of all quartets, and I was gratified to read in the program notes that it was Beethoven's favorite as well. 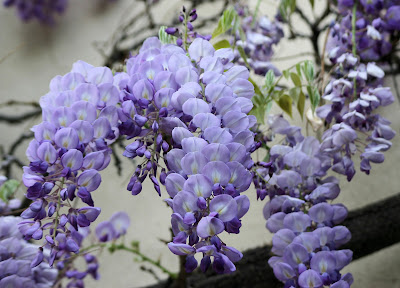 It was a fantastic performance—"magical" is the word that Mark Swed used in his LA Times critique. Mr. Swed thought that the Takacs had a wiry tone and complained about the acoustics of the auditorium. Too bad he wasn't sitting up in the balcony with me. The sound was rich and warm up there and very present.
Beckman was built to accommodate lectures and carries the spoken voice quite well, which means that for music it is too dry. And because of its circular shape (like a circus tent), the sound bounces around strangely. Our first seats were on the floor and along the side. You could barely hear what was going on down there. It took years of experimenting and requesting seat changes before my husband and I discovered the very best acoustics were in the center of the balcony. The sound comes right up at you there. And the sight lines are very good, too. It looks like poor Mr. Swed had front row seats for Sunday's concert which can be a drawback in any hall. As the lady sitting behind me commented, "You can hear them breathe," when you are that close. 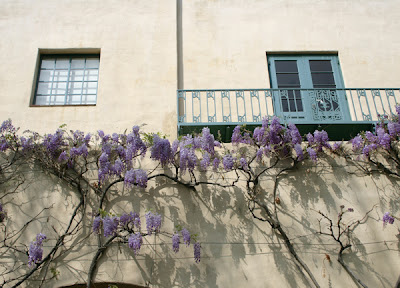